In one future, Terran humanity and its creations had colonized the Sol system but still struggled with environmental degradation and internecine conflict. Open and official First Contact with extraterrestrials brought new allies and challenges. The Zarkonian Invasion killed billions, leaving rag-tag fleets of refugees to roam the galaxy, as explorers search for safe worlds….

Martian cyborg “Sprocket” arrives at the station and finds the civilians in a panic. The onetime anti-megacorp hacker and consultant to the Union of Solar Nations space navy checks sensors. As an orbital battle rages, the Zarkonians are closing in on the ground.

Meanwhile, an “Uplifted” velociraptor finds herself in a locked cell as panicked scientists hastily gather their belongings. Henson, also nicknamed “Hefner” or “Boobulon,” is home to descendants of ancient Terran species that were relocated by long-forgotten aliens. Some humans had experimented on these creatures, including “Xena.”

Outside, a Terran Ecomancer hikes through the jungle to assist scattered civilians. “Wayfinder” realizes that the landing zone is back toward the base, so he and his genetically engineered tiger gather some colonists and direct them.

Overhead, a squad of armored space marines jumps out of a drop ship. Terran pilot Thomas Hicks grabs a bystander for directions and orders the troops to spread out to protect the station.

Sprocket sends data to the marines, but the Zurmiz Krott then jam further transmissions. He detects swarms of nanites, or tiny robots, that that the biomechanical monsters have emitted. The quick-thinking Technomancer disables them with an electromagnetic pulse, but he burns out the station’s systems in the process.

Although she is behind transparisteel doors, Xena makes her escape by cutting through the adjacent wall with her claws and hotwiring them. The dinosaur also frees three other test subjects: an “Uplifted” squid named George, an “Uplifted” chimpanzee named Nigel, and a partially disassembled android called 6O97, or “Sonny.” The departing scientists don’t try to stop them.

Wayfinder, who lost his family in the Zarkonian Invasion of Earth, tries to calm the evacuees. However, his tiger senses something coming, and soon all can hear something crashing through the trees.

A triceratops with a mass of nanites clinging to its frill charges! Wayfinder drops his vibrospear and fires his rifle, briefly slowing the possessed beast. James Verian also extends a Mind Shield to protect the civilians from the Zarkonian probes.

Elsewhere on the battlefield, the space marines lay down suppressing fire with bursts from their slugthrowers. One of the Zurmiz Krott shifts into a spiked black ball and rolls toward them, and Hicks steps forward to meet it. 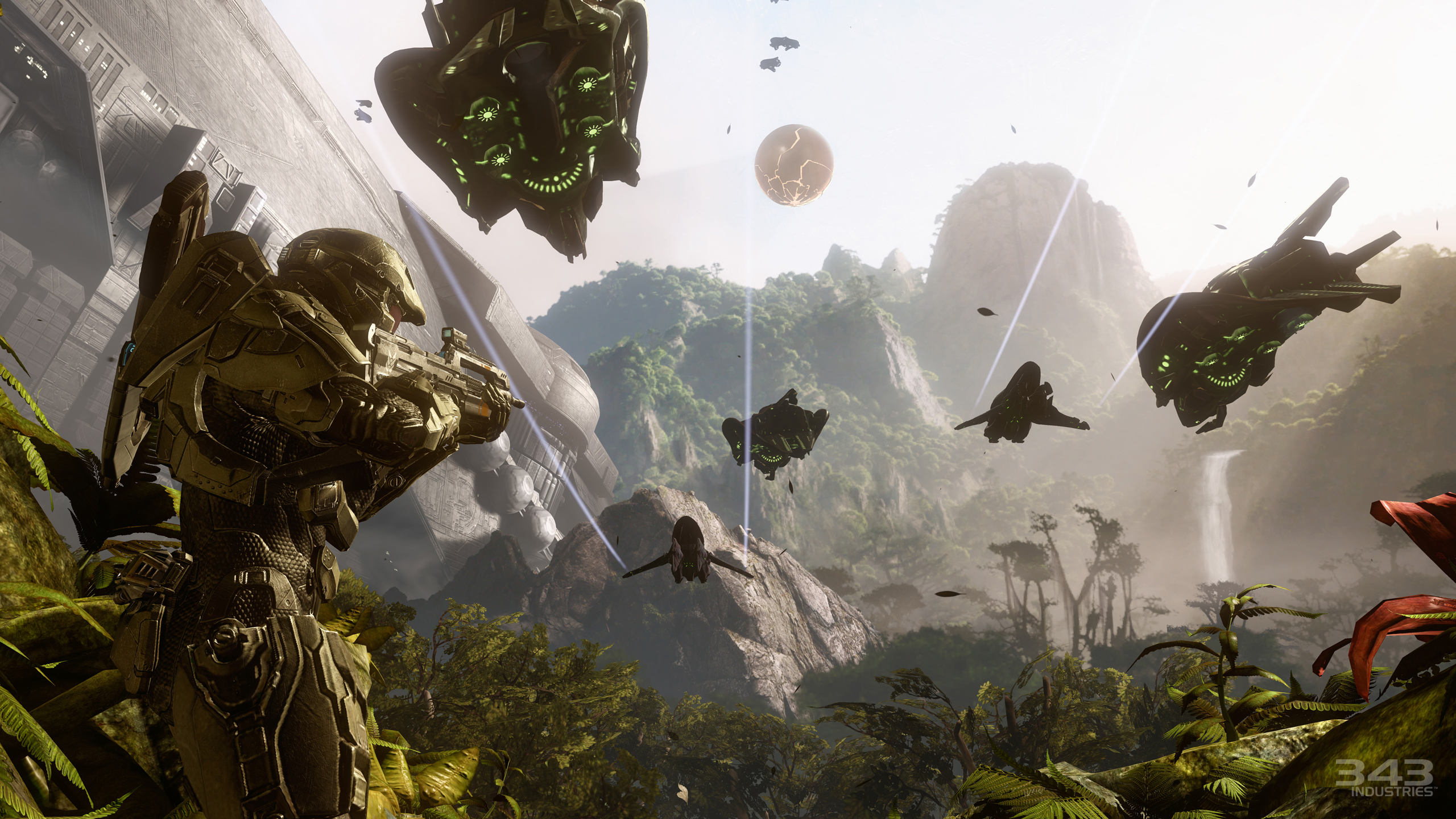 The Zarkonian attacker dodges a grenade and extends a spear-like projection at Hicks, but his armor absorbs most of the damage. Other troops aren’t so lucky.

The navy consultant recalls seeing enemies approaching an undefended area of the station, so he runs to plant explosive charges behind the evacuation. On the way, he is surprised to run into Xena, George (in a bucket), Nigel, and Sonny. Surprisingly, the “Synths” agree to help him….

A few years have passed since the rediscovery of mystical powers, First Contact, and the crews of the Blackbird and Pina Colada first wandered the Sol system. About a year [of “game time”] has passed since the voyages of the “Terra’s Pride” task force and the arrival of the Zarkonian Armada….