Stardate 889332.7 (“1 May 2412 A.D./C.E.”/2 May 2020): The U.S.S. Sacagawea, NCC 598-B, a Curiosity-class heavy cruiser, is tasked with exploring the Alpha Quadrant, restoring contact with lost Federation colonies, and learning about worlds between rival interstellar states (about a decade after the events of Picard).

On the way from Starbase 621 to “the Badlands,” the Sacagawea passes between the Tzenkethi Coalition and Cardassian space. Some junior officers take the time to get to know one another better.

Lt. Sheras Ch’p’trell spars with Lt. Salek in a martial arts match. Lt. Huli is surprised at the Andorian’s apparent anger and the Vulcan’s cool condescension, while Lt. Olivia Sánchez-Navarro assesses their technique. Lt. Dakal Nakona is amused at the two traditional enemies of the Romulans. 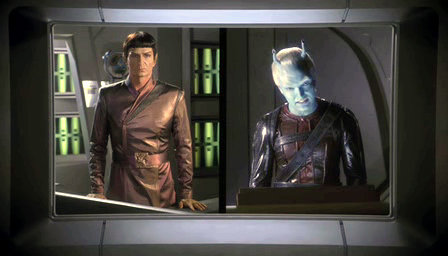 Sheras gets in some good blows, and Salek counters with a nerve strike. The combatants and spectators are disappointed when they are interrupted by a summons from their commanding officers.

Cmdr. Chandra Ramamurthy, first officer and astrophysicist, quizzes the crew on the ship’s specifications. Cmdr. Ressunch, the Tellarite chief security officer, tells the junior officers to be prepared for trouble as they approach Nasiri Station, a medical facility near the Badlands.

Lt. Ch’p’tress cleans up and reports to Chief Medical Officer Dr. Nadia Valencia in sickbay. Rattled by the Salek’s comments while sparring, Lt. Huli goes to the hydroponics bay to check on vegetables and toxin research.

Lt. Sánchez-Navarro apologizes to Lt. Nakona for egging him on during the truncated match and goes target shooting in a holodeck. Dakal accepts her apology and reports to Saurian Lt. Cmdr. Stanik about rehearsing docking procedures in simulation.

Meanwhile, Lt. Salek showers and reports to Cmdr. Zendia Lendavi, Bajoran chief engineer of the starship. During a shift on the bridge, Lt. Huli detects a Cardassian ship also heading to Nasiri Station. 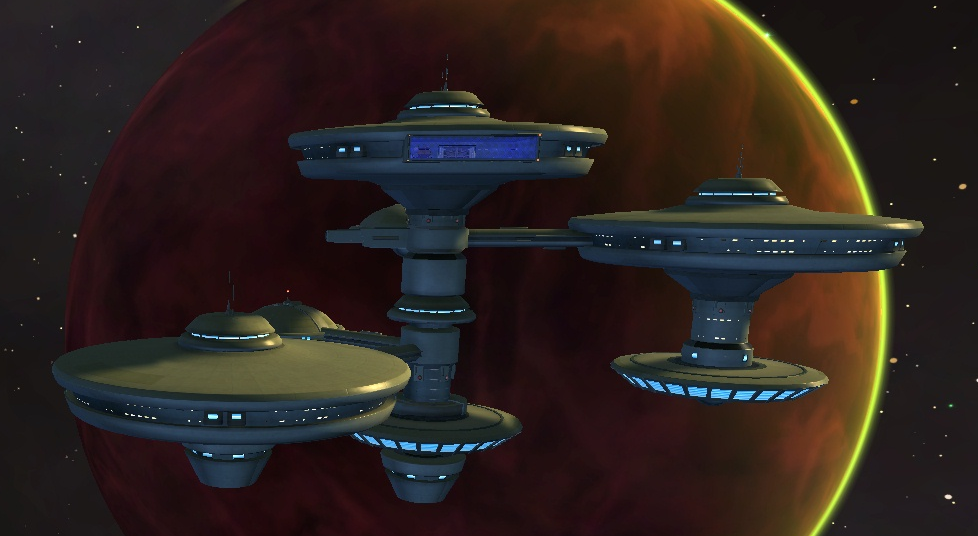 Capt. Nasir Halaby orders the lieutenants to form an away team as the Sacagawea arrives at Nasiri Station. They are greeted by En. Slam, an eager young Ferengi, who then hastens to welcome Gul Mazurk, a gruff Cardassian accompanied by four guards.

Lt. Salek goes to the station’s engineering section, where he is horrified to find En. Jisrul Tam, a Trill troubleshooter, improvising station maintenance.

Lt. Huli goes to the command and control center, where she finds Cmdr. Gareth Percy putting a golf ball. Cmdr. Shoran Grodin, a Bolian administrator, recommends that the Sacagawea take doctors Frank Gabriel and Keith Bowie to the Bajoran colony on Kavaria.

Sánchez-Navarro and Nakona follow the Cardassians, who barge into Cmdr. Percy’s office and demand medical assistance. Percy and Capt. Halaby grant Huli’s request to render aid, and Olivia and Dakal fall in as “nurses” to observe. Salek brings Tam.

The wary Cardassians escort the Starfleet personnel through their residential deck and past science labs.

In the sickbay of the Galor-class cruiser, they find three crew members pierced with strange rocks. Gul Mazurk claims they were injured in a mining accident in the Lamemda system.

Lt. Huli and Lt. Ch’p’tress try to determine how to treat the penetrating wounds by examining the dead. Lt. Nakona and En. Tam narrow the scans as the guards watch.

Lt. Salek attempts to make telepathic contact with the injured. The Vulcan gets a glimpse of stones shooting out of tunnel walls. Lt. Sánchez-Navarro surreptitiously scans the Cardassians’ logs and learns that their ship was not where Mazurk claimed it had been.

Sheras and Huli manage to figure out a way to extract the projectiles without causing further wounds. Mazurk grudgingly gives thanks and has the Federation personnel escorted off his ship.

The away team tells the command crew of the Sacagawea of its initial findings on Nasiri Station and aboard the Cardassian ship. Lt. Ch’p’trell notes that the Cardassians did ask for aid from their onetime foes against the mysterious weapons.

Lt. Huli is relieved that her team came together and is curious about life in the Badlands. The Benzite mentions Cmdr. Percy’s request to transport two doctors to a Bajoran colony.

Lt. Sánchez-Navarro recommends looking for pirates rumored to be raiding in the sector, and Lt. Nakona and Lt. Salek agree that scouting could help answer multiple questions. Capt. Halaby says he will consider their reports…. 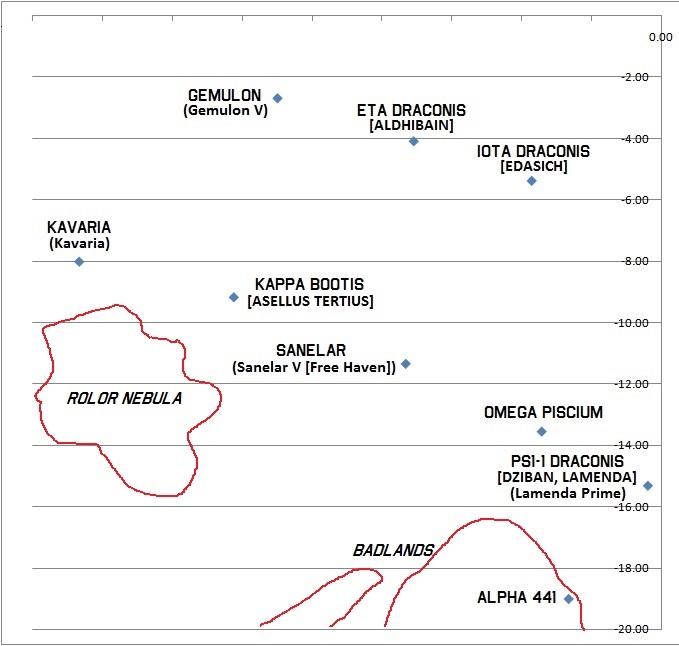 "Star Trek: the U.S.S. Sacagawea" Episode 2 Into the Badlands