Fellow role-players, here are my notes for our third “Star Trek” session, which we played online on Monday, 16 February 2015:

Almost four decades after the Enterprise “E” fought the Borg and Remans Nemesis ], among others, the United Federation of Planets (U.F.P.) and other interstellar states are slowly recovering from wars and ecological disasters. A refitted vessel takes a new crew on its first missions of defense, diplomacy, and exploration….

Previously, in “Star Trek: Restoration,” the U.S.S. Rotha uncovered an Undine infiltrator during a diplomatic mission and faced off against Romulan and Klingon ships in the Neutral Zone.

“Stardate 95248.04 (9 April 2418):” After stopping at Starbase 24, some junior officers accepted a mission to investigate a onetime Federation colony. They joined the crew of the Love’s Latinum Lost, a Ferengi trade vessel.

Lt. Kyerak and Kimbal Tegan conduct research on the Aldebaran colony. Alpha Tauri III is the third out of four planets orbiting an orange giant and a red dwarf and is the only Class M (inhabitable) one in that solar system.

Alpha Tauri III is slightly larger than Earth, with a 1.2 Gs of gravity, a 27-hour day, and six small moons. Its 1 million sentient natives joined the United Federation of Planets in 2216, and thanks in part to the New Aberdeen Shipyards, its mostly human population grew to 7 billion over the next century.

However, in 2372 (about 50 Terran years ago), Starfleet was forced to abandon the colony as part of the settlement ending the Cardassian War. It has apparently regressed to a pre-warp level of technology, and interstellar trade has been sporadic and indirect.

DaiMon Froot sets a course for Aldebaran, bypassing Deep Space K-7 because of the covert nature of Lt. Kyerak’s mission. Tau, a Ferengi medic, introduces himself to the passengers.

Lt. Jarrick Jameson and Lt. Orzzek Kalifa express misgivings about the fact that Lt. Kyerak had accepted the mission to “terminate any offworld interference” in Aldebaran from Cmdr. Nasami Wahid, the Trill first officer of the Rotha.

Kimbal puts the Love’s Latinum Lost in a standard orbit around Alpha Tauri III and sees the remnants of orbital platforms. The Trill pilot also scans for subspace signals and finds three transmission sites: a science station at Nar Instel, the industrial city of Irdrant, and the agricultural community of Folkhar.

Tau’s biological scans find nearly 6 billion inhabitants, most of whom are human. The decline in global population may be the result of emigration offworld, the decline in technology, epidemics, or wars, theorizes the Ferengi doctor.

Froot says that Aldebaran was once known for its ores (used in starship construction), native life forms, and whiskey. It was also once a venue for medical conferences. He suggests that the away team offer goods and non-critical scientific data in return for local products and information.

The Love’s Latinum Lost lands near Nar Instel. Kimbal hacks into local computer networks and identifies staffers to talk to. Kyerak changes into civilian garb, and Tao offers to handle trade negotiations as their cover story. 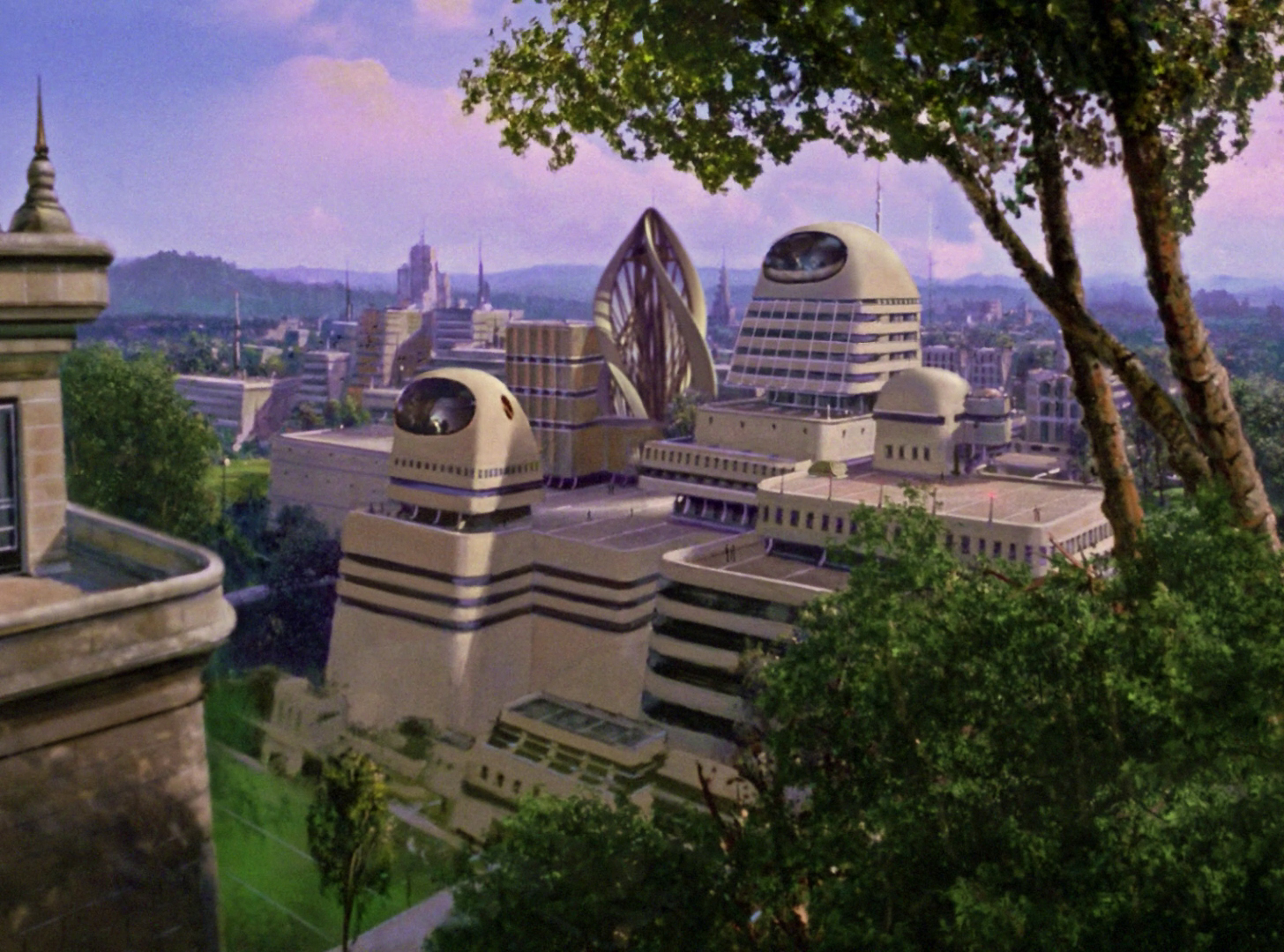 Kimbal wanders around the science station until he finds a canteen. He meets “Two-Three” and “Three-Two,” two Binar engineers. They are not interested in carousing, but Kimbal uses their literal-mindedness to obtain a network schematic.

Meanwhile, Kyerak goes to the headquarters of the academy and introduces himself as a researcher to a pretty receptionist. He hears an argument and watches Yusuf Darwhish, a human climatologist, storm out of the director’s office.

Tau gets directions to the bursar and offers to trade exotic foodstuffs with a Vulcan scientist who initially dismisses him. However, Stuvek expresses interest in advanced tools, so he accepts Tau’s offer and arranges to meet again later.

Kyerak meets Huang Peipei, director of Nar Instel. He mentions Johann Strom, onetime head of the New Aberdeen Shipyards, and the physicist says that she would like her people to eventually reunite with other Aldebaranians and the Federation. Flirtatious Kyerak says that he can help.

Sly Kimbal eventually excuses himself from conversation with the Binars and sends Kyerak a signal to meet. Curious Tau follows Stuvek into a biology laboratory. He is horrified to see cruel animal testing and notices a decapod acting suspiciously.

The Ferengi ducks into the room and talks with the native Tauran. Gopal Thivar admits that he is trying to sabotage the tests and that he can telepathically tell that Stuvek is hiding something bad.

A three-headed, floating Aldebaranian serpent attacks Tau and Gopal, and they run down the hall. However, Stuvek corners them and says that it’s too bad that they will be the “victims of a lab accident.”

When the duo tries to run around Stuvek, he pulls out a Romulan disruptor and slowly disintegrates the unlucky decapod! Tau slides past Stuvek and makes a desperate dash for the door.

Kyerak and Kimball, who had been trying to reach Tau, burst into the hallway. Kyerak stuns the Romulan, and Kimbal misses the serpent. Tau keeps running until he finds local security forces outside.

The police take Stuvek into custody, and Kyerak privately tells Huang that he hopes to remove external disruptions so that she can help her world advance politically. Kimball takes the disruptor’s power cell, and Tau explains how he and Gopal had uncovered inhumane research.

Kyerak interrogates the supposed Vulcan, as Huang and guards watch. Stuvek admits that his true name is Vorlag. The spy boldly admits that he planned to train colonial doctors in the mind-set and methods of the Tal Shiar, the Romulan intelligence service.

Vorlag’s initial mission was to evaluate the system for conquest, but he says he felt free to pursue his own experiments. The Romulan then bites down on a poisoned capsule, and Tau is unable to save him without a modern medical bay.

Kimbal checks Vorlag’s quarters and finds a subspace transmitter. The landing party returns to the ship, ready to search for whoever is sending subspace signals from Irdrant and Folkhar. To be continued….

While we missed much of the group, I hope that those of you who were able to participate enjoyed our latest episode! I look forward to continuing our adventures, but we’ll also have to see when we’ll have time between Dexter’s D&D5e “Lands of Lost Souls,” Jason’s FAE “Channel 37,” and my own D20/FATE “Vanished Lands” scenarios. Live long and prosper, -Gene