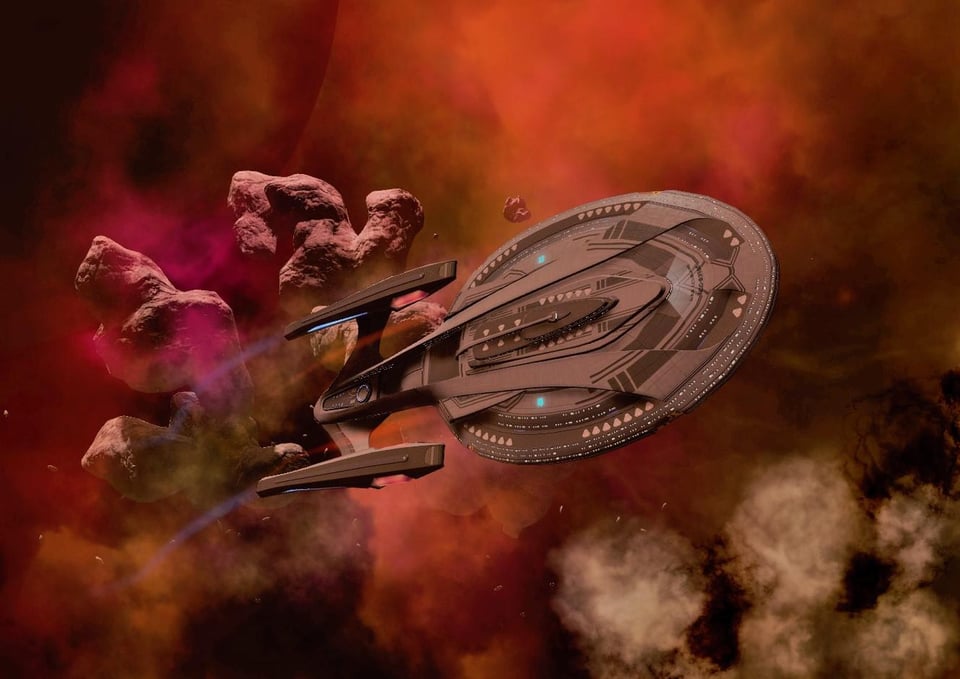 On the way, several junior officers got to know one another as Lt. Sheras Ch’p’trell sparred with Lt. Dakal Nakona. They were briefed by senior officers aboard the Starfleet starship, which observed a Cardassian vessel also approaching Nasiri Station.

The away team reported to Cmdr. Gareth Percy and later tended to Cardassian crew members injured during a mysterious “mining accident.”

Sometime later, Lt. Ch’p’trell continues his research into the Cardassans’ iinjuries, while Lt. Huli conducts mineral and toxicology research. They discuss the possibility of new life forms, as well as the apparent fear among the typically fierce Cardassians.

Lt. Olivia Sánchez-Navarro and Lt. Nakona review astrogation records of “the Badlands,” a region said to be plagued by pirates. Dakal also proposes a weekly poker game in the lounge, which is staffed by holographic barkeep Burney Crabtree.

Cmdr. Ramamurthy asks whether the Sacagawea should set course for Dephra Prime, but Lt. Nakona and Lt. Sánchez-Navarro note that it would be a two-week detour to the Badlands. 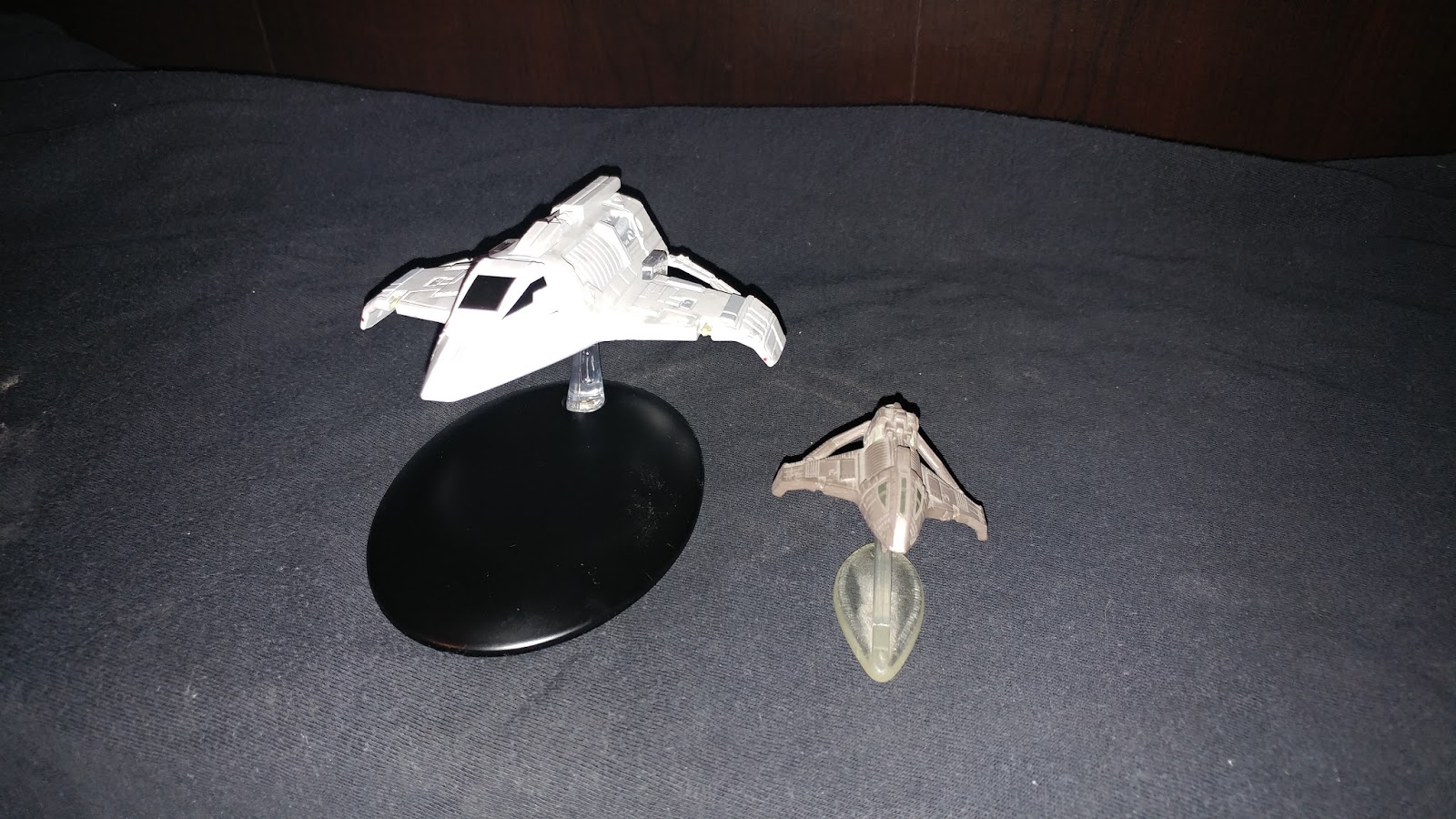 The three vessels fire upon the Sacagawea, which returns fire as tactical officer Olivia disables an exotic power source. At helm, Dakal maneuvers the Starfleet ship to avoid being surrounded.

Dr. Ch’p’trell cites Andorian policy on pirates and offers to help with the interrogation. Scientist Huli is concerned about her samples and plans to speak with First Officer Ramamurthy.

Engineer Salek determines that the device aboard the lead pirate ship not only to emit graviton waves and fool sensors, but also to alter subspace. Huli dubs it a “Subspace Rift Generator” and asks for permission to board the disabled craft.

Lt. Sánchez-Navarro beams the pirates to the Sacagawea, but three Nausicaans inadvertently arrive on its bridge! 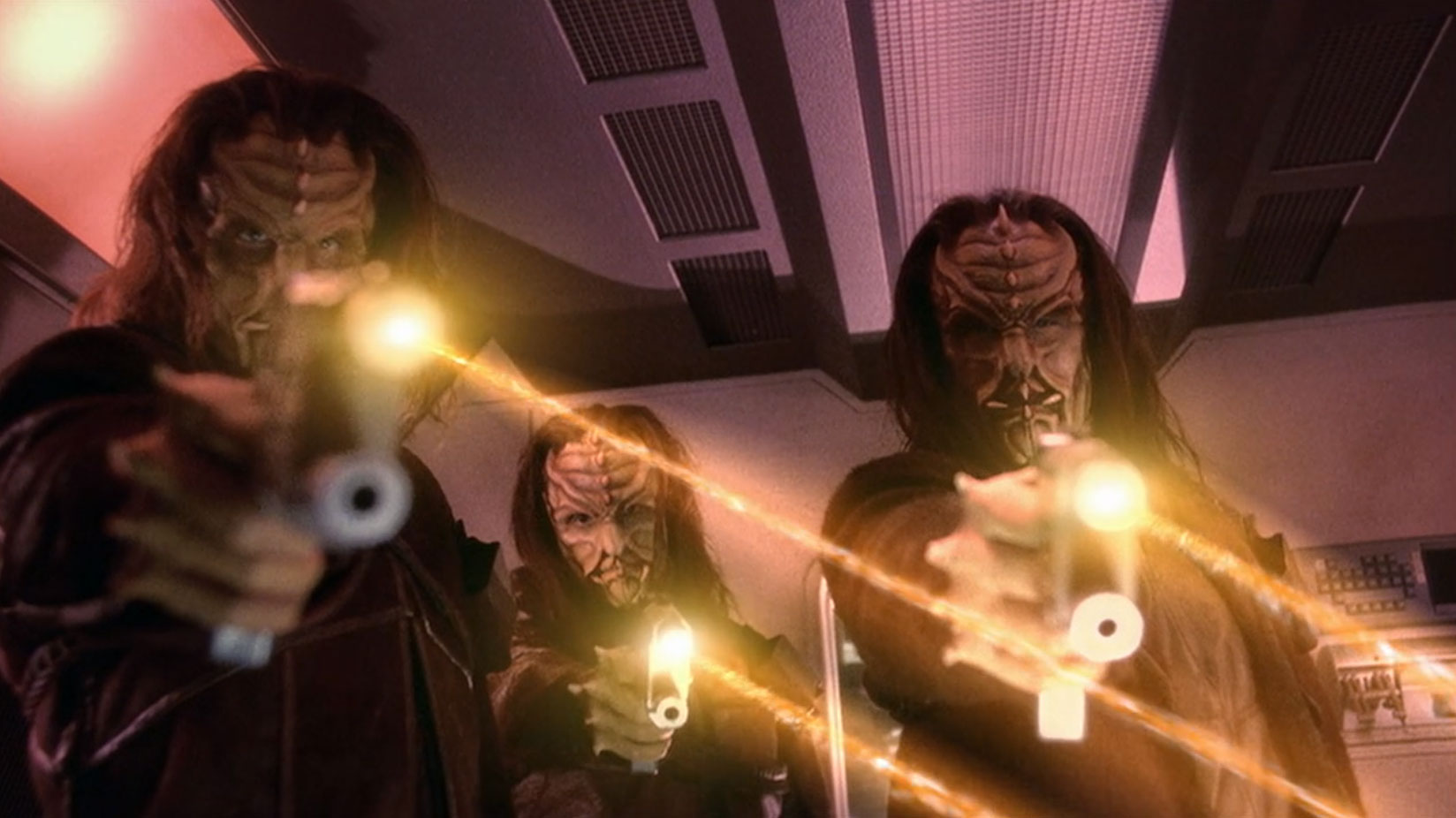 One of the mercenaries fires at Capt. Nasir Halaby, but Lt. Nakona jumps in the way and takes the hit. The others fire at Huli, Olivia, and Lt.Cmdr. Stanik.

Olivia shoots one and knocks down another. Dakal fires from the floor and hits the third. Huli injects one Nausicaan with a paralytic hypospray to no avail, but the quick-thinking Benzite slaps a comm badge on him and has him beamed to the brig.

An away team boards the Sword of the Prophets, and an ensign engineer sees a self-destruction countdown. Lt. Salek disables it.

Lt. Ch’p’trell and Lt. Huli lead the interrogation of Bajoran commanders Jatt Katan and Mibyc Doret. The man and woman claim that they are continuing the tradition of the Maquis, who felt abandoned by Federation peace treaties with the Cardassan Union decades ago.

Olivia and Dakal wait outside, as the Starfleet scientists try to explain that the technology the raiders used is very dangerous….