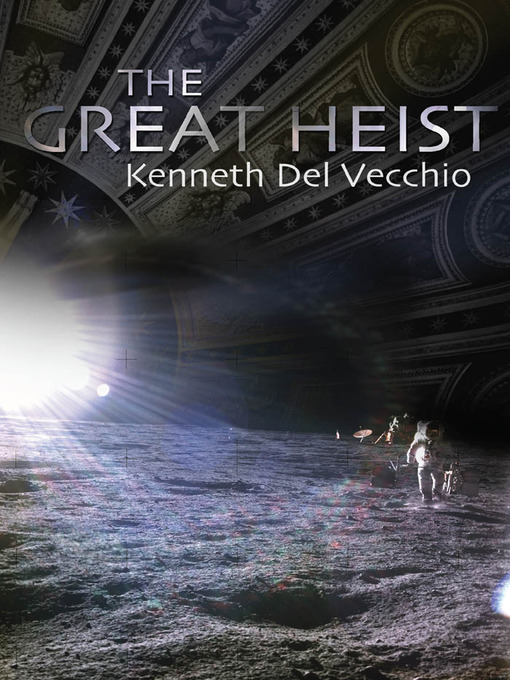 “7 to 9 July 2195 A.D./C.E. or 1 Terran Galactic Era:” After separate voyages, the Pina Colada and Blackbird joined to form the “Terra’s Pride” task force. The starships found that they were not alone in the hunt for stolen Vatican treasures, following them to Jupiter’s moon Ganymede.

On the yacht Pina Colada, Capt. Jasmine says that she wants to limit collateral damage if the ancient relics are to be seized by force. The Plutonium Hammer had retrieved two shipping containers near Epsilon Eridani and delivered them to an Intersystems Salvage warehouse in New Havana.

Chris McKee reminds his companions that they don’t have the cargo-handling equipment to simply remove the containers from the Jovian warehouse. Orion Starchaser is restless as the crew discusses a potential heist. He and Chiron want to examine the artifacts as soon as possible.

Lt.Cmdr. Kevin Reese prefers a clear plan, and he and Dr. Srinu Pahul recommend notifying the Union of Solar Nations (U.S.N.) and the United Ecumenical Movement (U.E.M.) about the items. They also coordinate with colleagues aboard the scout ship Blackbird.

Lord Wallace Tubbington III notes that the space where the containers were retrieved falls between Terran and Ru’ulok (reptilian alien pirate) control. Tariq Asrad Saladin and Enkidu Aristheon express concern that the historical items be preserved. They also warn both crews to be on the lookout for the Nolath-Kutalrin ship also hunting for the cargo.

Brun pilots the agile Blackbird to New Havana and drops off Tela, Orion, and Srinu. Chiron maneuvers the larger Pina Colada to grab the containers, with Nathan in a space suit on Hector’s hover truck to assist with loading. Hector loans Srinu a variable electromagnetic pulse (EMP) gun, and he, Jasmine, and Sebastian monitor communications and nearby traffic.

Tela picks a lock on a side door, and the infiltration team heads to a lavatory. Hector remotely hacks into the warehouse surveillance systems and warns the trio about numerous robots. Orion telepathically senses several human personnel, and Srinu readies a needler pistol.

Two Intersystems Salvage workers enter the washroom, and quick-thinking Srinu strips off his clothing and jumps into the showers. Tela and Orion hide in stalls. Srinu emerges and introduces himself as “Rajesh Abishek,” a recently-arrived transport agent from New Shanghai in the Mars Confederacy.

Tom Kelden and Gregor Andreivtich tell Rajesh to report to the manager’s office, and Srinu grabs some overalls from a laundry hamper. They complain about tightened security and agree to swing by the employee lounge with Rajesh.

While Srinu continues his diversion, Tela squeezes into an air duct. The stealthy Tharian climbs to a position above the units containing the Vatican artifacts, leaving Orion alone. The Pomuyan mystic exits the building and sweeps the perimeter.

Hector recognizes an arriving shuttle, and he tells the team to hurry up. Orion senses visitors to the management office, and he radios Srinu to intercept. Tela plants explosives on the outer wall of the warehouse.

As Rajesh, Srinu finds himself face to face with tentacled Kolidari! The charming cephalopod has a vocal device programmed to resemble an archaic Terran actor [Sean Connery]. Tela is nearly captured by a security droid, but Hector overrides its controls so she can join Orion.

Kolidari graciously offers to meet with Rajesh to discuss potential business, and Srinu manages to disengage and retreat. Hector triggers the explosives, but Gregor is caught in the explosive decompression.

Chris accurate fires the magnetic grapples and reels the containers into the Pina Colada’s cargo hold. Nathan grabs Gregor and brings him to safety, while Tela, Orion, and Srinu evade station security to rendezvous with the Blackbird.

The Pina Colada and Blackbird dock at a decrepit asteroid base. Engineers Hector and Tela work on stabilizing systems such as life support and attitude control. Dr. Pahul insists on proper containment procedures before examining the cargo, citing the dangerous nanites (microscopic robots) emitted by Zarkonian probes.

Orion detects some psionic resonance, similar to what he had found on Earth, supporting Srinu’s theories of pre-First Contact relations between humans and aliens. Chris recalls Precursor technology found by the Blackbird and hopes to find weapons that can be used against the approaching Zarkonian Armada.

Hector and Kevin wonder why the arachnid Nolath and cyborg Kutalrin would be interested in the cargo, since they’re known more for engineering than cultural interests. Wallace confirms that the Olvar (arboreal mammal-like mystics and pranksters) and Ru’ulok have more in common with Terrans.

Jasmine and Sebastian remind their crews that they have limited time to study the relics and to decide what to do with them, since several other groups are now hunting for them….

Dexter and Bruce, we missed you at this past weekend’s game! While we had a slow start — everyone was no doubt tired from shoveling snow — I’m glad that your heist was successful. I hope to engage each character more equitably, and good luck to your crews as they analyze the retrieved relics! Make the most of our time between sessions.

Note that we won’t be meeting virtually again until Sunday, Feb. 24, because I have travel planned for this coming weekend. The face-to-face sessions for Jason’s “Barsoomian Adventures” pulp SF and my “Vanished Lands: Vistel’s Circus” fantasy campaign have also been pushed back because of the weather. In the meantime, take it easy, and stay in touch, -Gene