Billy “Hawkeye” James is from Detroit Michigan, Earth – 6’4" 235 lbs. from a hard working mother and father. Billy got few breaks growing up and had it tough. He got into more than his share of brawls, but he learned early on how to patch himself and his buddies up from when they had gotten in over their heads.

Billy got involved with book keeping — drugs and prostitution and later on gambling – that helped him hone his street doctor thing – and his ability to charm people and lie to them — that also lead to him to finding out about his addiction – gambling. Billy gets an adrenaline thrill from gambling.

Arrested a number of times – Billy was going to get locked up for a good amount of time – when they offered him the option of joining the military instead of jail. He joined and learned how to be a field doctor. He did very well at that.

It was not long before his vices surfaced again — and even though he had served well for several tours – he was drummed out of the service for beating an officer — who confronted him about his taking bets from the men. He was lucky not to go to jail.

Billy went right back to Detroit and starting working for a big crime boss in Detroit – Geddy Lee — he ripped off Geddy – and that got found out. Billy was about to make a run for it – needing to get away from Detroit with a price on his head – that was when the Zarconian Amada invasion was announced and it was announced the military was looking to recruit people – even people who were drummed out.

Billy has taken better to the Military now — working aboard the Tigress under Electra Contos -– and has proved himself invaluable to her on a few missions and tight spots.

He still has issues taking “Dumb” orders from commanders he does not respect.

Billy still moonlights as a bookie aboard the Tigress. Making odds on anything interesting. Beyond gambling – Billy likes to run throughout the ship and workout. 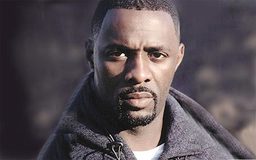