Hector Chavez was born to a middle-class family in South America and served with the United Earth Authority intelligence service as an analyst on Mars. He first met his handler Max and Chris McKee/Agent Prometheus during that stint.

After an operation went bad, Hector was “burned” and cast out. He made his way as a freelance hacker until he met the grifters in “MarSoupAiL” (shell company Mars Soup Aid Lenders Ltd.; Team 5b). He traveled with them aboard the yacht Fortune’s Fool/Gen. Lee/Appomattox amid scams on and around Earth, disasters near Venus, and later religious intrigues at Saturn’s moon Titan.

After Hector and Jasmine struck out on their own with the Gryphon, they gathered a new crew [telecom Team 5c] and participated in smuggling and “Synth” rebellion. After sharing data about the threat posed by the Zurmiz Krott/Harbingers of the Righteous Submission — biomechanical probes of the approaching Zarkonian Armada — they joined the “Terra’s Pride” task force (including the renamed Pina Colada and scout ship Blackbird) sent by the Union of Solar Nations beyond the Sol system…. 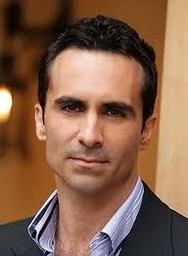