An Olvar dressed garishly but tastefully. With a light blade at his hip and a smile on his lips.

Lord Wallace Tubbington’s father served aboard the Morifaiwet, as the Blackbird was known when the experimental biomechanical scout ship was commissioned by the Olvar Star League.

Physiology: Olvar (singular and plural are the same) are very humanoid aliens, being bipeds also descended from arboreal mammals. Olvar are slightly smaller than humans and walk on their toes, giving their legs and “extra” joint. Olvar have 3 fingers and an opposable thumb on each hand, and 4 toes on each foot. their skin is light brown, and is covered with light fur in similar colors to human hair. Olvar walk upright, and have a half-meter long tail, which makes some human chairs uncomfortable. Female Olvar have 4 breasts (each is smaller than its human equivalent), with which they nurse their live-born young (twins are usual).

Olvar tend to have their longer head hair in a crest, and their large pointed ears may be directed independently. Olvar have large black eyes, with no visible pupil or “whites.” Their omnivorous faces are vaguely bestial, with slight snouts instead of noses and prominent toothlike structures inside unlipped mouths. Olvar do enjoy chocolate—sucrose apparently has the same effects on them that alcohol has on humans!

Psychology: The Olvar are mostly a peaceful species, known for their artistic skill and mysticism. After several warring periods, much romanticized in later art, the Olvar settled into a fairly quiet civil structure revolving around tribal units. Olvar are pranksters, delighting in all sorts of humor; although they are serious about history and mystical research. Of all the species humans have encountered, Olvar are the most fond of humanity’s popular culture, following fads and fashions almost as closely as human adolescents!

History: Around the time of open and official First Contact between Terrans and galactic societies, archaeological expeditions found that the Olvar and other aliens had visited Earth in the past. After a Ru’ulok slower-than-light generation ship carrying Olvar slaves had crashed in 1982 B.C.E., some of the survivors coexisted with humans for a time [see Gene D.’s “Vanished Lands” fantasy campaign].

In the 1950s A.D./C.E., Olvar adolescents visited Earth, and their space suits of that time may be one source of the urban legends of extraterrestrial “greys.” More significantly, the Olvar Star League was one of the first organizations to declare pre-FTL (faster than light) Earth off-limits to exploitation. The Olvar are among the co-founders of the Kharvamid Alliance, along with the amphibious Trinoids, aggressive Gustrall, and insectoid Nethians. They hope to balance the influence of the Ru’ulok trade guilds as Terrans enter the galactic stage….

See other records for the previous crews of the Blackbird, Appomattox, and Gryphon 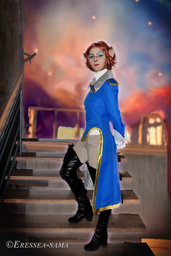