Backstory: Millions of years ago, unknown aliens obtained samples from Earth’s biosphere and relocated them to the Beta Canum Venaticorum system.

Some megacorporate scientists decided to experiment on some of the local fauna and flora, “Uplifting” a few to full sentience.

As the Zarkonian Armada invaded the Sol system, part of the “Terra’s Pride” task force helped evacuate the human and “Synth” colonists, including a lab-trained velociraptor “Xena.”

Although Dr. Ivar Cornelius didn’t treat his test subjects very well, a few of the human scientists were more compassionate and made an effort to educate the Synths. Xena found herself rescuing “Uplifted” squid George, “Uplifted” primate Nigel, and partly disassembled science robot 6O9Y, a.k.a. “Sonny.”

Since then, Xena has distinguished herself in aiding the Ilokar battle group. The curious reptile then joined a crew of explorers headed for deep space…. 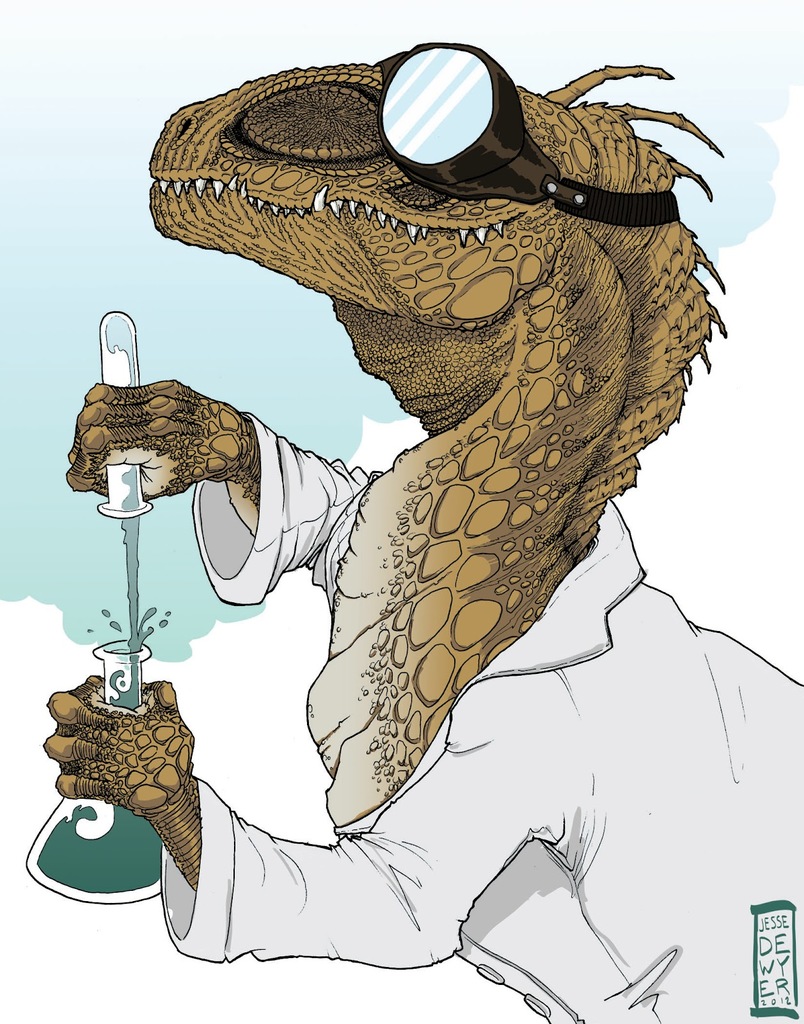