Environment: Hydronicus 2, as its name implies, is a world mostly covered with water. It is a subtropical planet with a rocky core, the second in a solar system of 5 planets. The Trinoids are amphibians which evolved in the shallow areas of the oceans, near island archipelagos rich in volcanic activity and minerals.

The atmosphere of Hydronicus 2, called “Home Sea” by the Trinoids, is too damp and high in carbon dioxide for human comfort, and Trinoids must wear “dry suits” in terrestrial environments. The planet has a diverse range of flora, but most animals were extinguished during the Trinoids’ difficult industrial phase of their history. As a result of past ecological crises, the Trinoids have become the foremost environmental engineers in the galaxy, healing damaged planets and terraforming barren ones.

Physiology: Trinoids do not have a head, and are not even remotely humanoid. They resemble Terran anemones or jellyfish in the radial arrangement of their internal organs, and have a trilateral body structure. Trinoids have 2 large lidless reddish compound eyes set in a barrel-like torso, with the third “eye” having evolved into a sensory organ for hearing, smell, and mating.

Trinoids require a fair amount of natural light becaust they supplement their diet of aquacultured plants with photosynthesis. They have rubbery blue-green skin, and the torso is covered with a few shell-like plates. Trinoids have 6 stumpy legs and no feet, but also 3 very flexible long arms. Each arm has 2 metallic spikes and ends in 3 tapered fingers. At the top of the Trinoid trunk, between the arms, is a large mouth with six beaklike structures.

Trinoids are about 1.5 feet shorter than humans. They normally communicate in low-frequency sounds barely audible to human ears, but are able to vibrate the 6 downward-pointing gills in the “front” of their boty (between the eyes and 2 arms) to duplicate many languages, although their pronunciation is full of sibilants (“s, z”). Trinoids have trisexual reproduction, requiring individuals at 3 different phases simultaneously. All 3 Trinoids will then bud, growing 3 offspring, which eventually fall off and spend their childhood in underwater schools away from parents, but with adult supervision.

Psychology/culture: It took the Trinoids 3 million years to develop the technology to go into interstellar space, but their patience is only matched by that of their long-time competitors and allies, the insectoid Nethians. While Trinoid society is communal, individual Trinoids do have different personalities and vary in intelligence and temperament.

Trinoids have difficulty understanding the subtleties of human and Olvar societies, but appreciate those mammals’ adoption of environmental conservation as a social value. Trinoids prefer action by consensus, but if necessary, will “lead a party from behind.” They are at (GURPS) Tech Level 11, with biology at TL 12.

History: The Trinoids are the main organizers of the Kharvamid Alliance against the Zarkonian Imperium. “Kharvamid” is a rough transliteration of a Trinoid term for “justice.” Humans have difficulty understanding the holographic nature of Trinoid society, which is based on “the six legs: budding, food and photosynthesis, ethics, technology, strategy, and Galactic commerce,” integrating all aspects into all of their affairs, with no clear divisions between individual and government or corporate or religious.

Background: After open and official First Contact between Terrans and galactic societies, Syzygy was part of an early delegation sent to United Earth Authority headquarters in Rio de Janeiro, Brazil. However, on the way, the Rio “beanstalk” (space elevator) was attacked by xenophobes from Terra Prime, and the young scientist fell in with companions who would eventually become crewmates aboard the experimental biomechanical scout ship the Morifaiwet/Blackbird from the Olvar Star League.

They encountered rivals across the Sol system, explored several planets, and eventually made their way to the interstellar crossroads at Oasis Station. In addition to uncovering the knowledge of how to operate a Precursor jump gate, the crew of the Blackbird brought back to Earth a warning of the approaching Zarkonian Armada, stirring again after centuries away from the Milky Way Galaxy’s Orion Arm.

Syzygy is curious, friendly, prone to malapropisms (when dealing with humans), and seemingly doomed to constant reassignment by his superiors….

Crew of the refitted Blackbird: 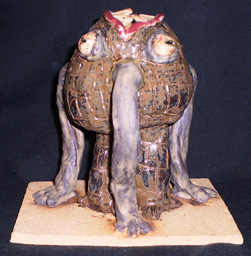